INDIANAPOLIS — Graham Rahal isn’t accustomed to being the senior driver within a race team.

At least, not until this year.

For at least three races, Rahal has a new teammate in 2015 in Indy Lights champion Spencer Pigot. The 22-year-old top prospect is the only change that has come to Rahal Letterman Lanigan Racing and the 27-year-old anticipates playing the role of mentor over the next several months.

“These things are going to happen, right,” Rahal said. “I mean over time, you’re going to get that. Yeah, they call me a young gun but I’m not anymore. I’m 27 and there’s a lot of guys who are younger than me. I have high expectations for him and what he can accomplish.”

Despite the addition of a second car at RLLR, Rahal is adamant that he and his team will not experience a drop-off in performance after a very successful 2015.

“We’re going to keep it as it’s been,” Rahal said. “We’re going to keep the group of people that we have, make no changes or as few as possible. You know we had a great year, and you don’t fix what’s not broken. We’ve strengthened the team in a couple of areas but truthfully the core of the team will be the exact same.

“The operations will be the exact same and I’m looking forward to it.”

Rahal hopes that adding Pigot will benefit both cars over the course of the year.

“When when we were looking at a second car, it had to add on to what we were doing on the No. 15. It can’t be a distraction, and that will be the biggest key for Spencer. I think this year, he needs to figure out how he fits into that role, and I’m sure he’s going to do a great job.

“He’s a good kid and you know we’ll just see how it all unfolds here.”

Honda faced an uphill climb in order to be competitive last season, but Rahal isn’t entirely sure where his manufacturer stands compared to Chevrolet — at least not yet.

“Our plan is to beat them and that’s what we’re here for,” Rahal said. “So I think they’ve progressed quite a ways, but I would also fully anticipate that Chevrolet has too. We don’t do this to finish second and that’s the long and the short of it.”

The thoughts and opinions expressed here are those of the author and do not necessarily reflect those of PopularSpeed.com, it’s owners, management or staff. Any links contained in this article should not be considered an endorsement. 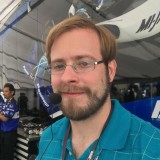 Christopher DeHarde is a native of Luling, Louisiana and has contributed to Motorsport.com, Tribute Racing, The New Orleans Advocate and Race22.com. He’s a graduate of Louisiana State University with a degree in Mass Communication and has been writing about motorsports since 2014. Primarily covering the Verizon IndyCar Series and the Mazda Road to Indy, DeHarde has also covered the FIA World Endurance Championship, Pirelli World Challenge and NASCAR.