There is no arguing that the biggest storyline of the past week has been the announcement that this season will be Dale Earnhardt Jr.’s last racing in the Monster Energy NASCAR Cup Series.

As the sport’s most popular driver for well over a decade, there is also no debating the impact that Earnhardt has had on NASCAR and how he has represented the racing world with class.

While 2017 marks the end of an era, Earnhardt has been very clear that he plans to remain a part of the sport in some way. Naturally, many in the industry, including Earnhardt himself, are thinking that a TV career may be the next step.

In fact, a move to TV is inevitable and needs to happen for the health of the sport. For Earnhardt, it is the only step that can be just as impactful as his previous career.

The list of what he could do after this year is a long one. From being a driver coach for Hendrick Motorsports, to being at the track as a team owner, to perhaps even working for the sanctioning body in some fashion, Earnhardt can do whatever he chooses. However, anything short of being in the TV booth would be a disappointment for the sport overall.

Still, despite having the big name, putting the two-time Daytona 500 champion in front of the camera is not something that is necessarily easy to do. Earnhardt only has two choices – FOX Sports and NBC Sports, both of which have expressed interest in talking about the possibility of adding the driver.

However, Earnhardt’s entrance to the TV industry has to come as a replacement for someone else. While he has joined the booth in the past as a fourth member for both FOX and NBC, having that number every week is too many, and the networks seem to agree with this.

When Jeff Gordon retired and moved to FOX, he replaced Larry McReynolds, which altered the ideal driver-crew chief combination usually in the booth. Instead, two drivers, Darrell Waltrip and Gordon, represent the sport each weekend.

For NBC, an Earnhardt entrance to the team makes sense on paper, as the position would pair Earnhardt with former crew chief Steve Letarte, which would be great to watch considering their incredible chemistry. However, that would come at the expense of Jeff Burton, who has proven to be a tremendous analyst, treating viewers as intelligent beings and adding depth with his thoughts. Simply put, Burton should remain in his spot.

It ultimately comes down to FOX, which already has a full lineup. Gordon has proven to be exceptional since his start with the network last year, so he is safe. That leaves Waltrip, who has been working in his role since 2001.

Waltrip is very polarizing to many fans, with people either loving or loathing his commentary. The former driver is a great storyteller, and no doubt has immense knowledge about the sport in general. But like other areas of the industry, NASCAR would benefit from having younger faces in the booth.

Waltrip hasn’t raced full-time in years, closing in on two decades. Since then, NASCAR has undergone sweeping changes, from race and championship formats to generations of cars. Waltrip may still have some relevance to him, but not in the way Earnhardt would in his position.

The next few months will be critical for Earnhardt, the TV partners and the sport overall. After Gordon’s retirement announcement two years ago, FOX Sports announced his hire by Charlotte race weekend in May. If that is any precedent, it may not be long before Earnhardt’s plans are solidified.

No matter how long it takes, if millions of fans tune into the Daytona 500 next year to see Earnhardt guide them through the event, NASCAR will in some way keep its biggest star – and that’s good news. 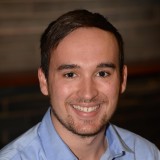 A 2016 graduate of SUNY Oswego in upstate New York, Travis Barend now resides in the New York City area, working as an Account Associate for Highwire PR, a public relations agency representing high-tech, disruptive brands. As a contributor to POPULAR SPEED, Travis continues his journey of motorsports writing, which began in his high school days when he created his own blog specifically for the topic. Later writing for SpeedwayMedia.com and a blog for Eutechnyx, the former NASCAR video game developer, Travis continues to follow his motorsports passion by occasionally sharing his thoughts on the matter.