In January, NASCAR established a new race format and unique way of awarding points that would create a whole new experience for both viewers and drivers alike.

The new format divides the race into three stages, each with championship implications. Those who finish within the top 10 during the first two stages are awarded points on a descending scale, with the winner of the stage receiving 10 points, second getting nine and so on. Also, each stage winner gets one playoff point.

While in previous years the points wouldn’t matter, they do now in other changes made to rules in regards to the Chase. The points standings from the regular season are now worth something to the drivers; the points leader before the reset receives 15 playoff points, 10 points for second, eight points for third, with the rest receiving one point less as you go down to 10th. Drivers will then enter the Chase ranked by the amount of playoff points earned, and be allowed to carry their points all the way through till the final round.

Since every single race of the season will matter towards the playoffs, it was unclear the effect it would have on-track, and to the team’s strategies.

With four exciting races so far, the new stages seem to be providing more incentive for drivers, thus making for more aggressive competition and  opportunities for movement within the standings.

“It’s really helped us out in the points, we’re up from 33rd (place), to 14th to 5th,” Darrell Wallace Jr. said. “As long as we keep top six-ing them to death, it’s what we need to just stay right there in the hunt.”

With the heightened competitiveness and incentives within the races, some drivers who struggled have been given more leeway to move throughout the pack during the cautions at the end of the first and second stages. Before the race at Phoenix where he finished fourth, Ricky Stenhouse Jr. had not finished in the top 10 since last year’s race at Talladega.

“You know, we’re racing hard, you know that those segments are going to end, and even if we’re not close to the tenth place, we’re trying to get as far as we can before that caution does come out,” Stenhouse said about racing with the new points system.

Though the system seems to be positive for some, it hasn’t been so kind to others. Daniel Suarez finds it as a new obstacle to adjust to this year.

“Well, it’s pretty different. Competition is tougher, you know, just everything. It’s different,” Suarez explained. “I’m getting used to everything, the team is working very hard to make this transition smooth for myself.”

Though it is too early to tell how this format will affect the rest of the season and ultimately the outcome during the playoffs for the championship, Stenhouse believes it is already a vast improvement from last year’s points system.

“I think the stages are playing out great,” he said. “I think it’s been interesting, a great start to this season for NASCAR.” 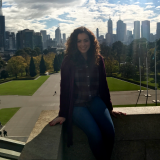