As sponsorship woes continue to lurk in the background, Darrell Wallace Jr. remained near the top of the XFINITY Series class of competitors following another strong finish at Dover International Speedway.

The Roush Fenway Racing driver picked up his first stage win of the season at the “Monster Mile”, battling with Ryan Blaney at the end of Stage 2 to take the green-checkered flag. Gearing up for the final segment, different pit strategies shuffled Wallace Jr. to the 16th spot, but he continued to battle back. Wallace Jr. would finish eighth, finding a way to his seventh top-ten of the season.

Despite a solid run, Wallace Jr. tweeted, “One day, all the stars will line up for us. Heartbreaking run. Thanks for the love.” Frustration is understandable, as he has yet to pick up a victory in his third full-time season in the XFINITY Series. Although Saturday’s performance fell short of victory, the team’s confidence and momentum gained from this weekend should carry them to their ultimate goal.

The pressure on Wallace Jr. to perform is as high as ever, as the team is in week to week operations due to limited sponsorship.

With a charismatic personality and a large social media following, Wallace Jr. is a prize for a company to rally behind. But, it has not been enough to secure the funding necessary to compete full-time starting as early as Michigan in two weeks.

It is unfortunate for Wallace Jr. as this season has largely been an improvement in results. He is only two top-ten finishes behind last season’s mark of nine in just 11 races. His average finish of 14th (13.7) is good enough for fourth among XFINITY Series drivers collecting points.

The results, passion and craft that Wallace Jr. possesses is enough to attract an invested sponsor, but that hasn’t come yet.

Now, it is only a short matter of time before Wallace Jr.’s future may have to be reevaluated. 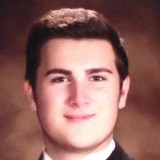 Zachary Lange is a junior at the University of Central Florida studying journalism and sports business management. He is an aspiring sports journalist, who strives to learn. In addition to his work on POPULAR SPEED, Lange is a contributor to Fansided covering the Carolina Panthers and is a staff writer for Echo Fox, an esports organization. He is also a communications intern for New Hope for Kids, a nonprofit based out of Maitland, Florida that helps children and families grieve after a loss of a loved one.