Since 2012, when the Verizon IndyCar Series changed to a 2.2L, V-6, twin-turbocharged engine, Chevrolet has dominated over its sole competitor Honda, by winning five consecutive Manufacturer Titles. Its success can be partially attributed to how the American car company shares information and supports its teams.

When everyone ran the same Dallara chassis, Honda had four wins to Chevy’s 11 in 2012, nine wins in 2013 to Chevy’s ten, and six wins to Chevy’s 12 in 2014. Then the aero kits were introduced in 2015 – body work for five areas on the car (front and rear wings, side pods, and engine cover), which each engine manufacturer designed. Honda won six races to Chevy’s ten in 2015, but last year Honda earned only two victories to Chevy’s 14. That may just have been a wake-up call to the Honda camp.

IndyCar has frozen the aero kits, so there has been no development since the 2016 season began. For 2017, the areas of engine development are limited to pistons, valves, connecting rods, exhaust, spark plugs, and air filters. That does not leave a lot of options for Honda to improve its engine.

The changes Honda was allowed to make before the 2016 season began, allowed both engine and aero kit development, which included a unique opportunity for Honda to match the performance of the 2015 Chevy aero kit. Honda chose to focus most of those options on winning the Indianapolis 500. They succeeded with a package that was strong on the superspeedways, including good fuel mileage, but lacked a little in performance against the Chevies on the short ovals and road courses.

Asked mid-January if Honda shares information among its teams, Andretti Autosport driver, Ryan Hunter-Reay, answered, “No, just very basic stuff. There’s not a whole lot of data sharing. The big-ticket items that we can find power gains, on power application – especially on street circuits, and maybe aero (are shared). But when you’re fine-tuning the car, the aero or power plant, those are usually kept to the individual team.”

The Chevy teams have worked a lot better together with more support and shared information so that they all succeed. Chevy also managed to sign up the top teams (when they entered the series in 2012) like Penske and Ganassi, leaving Honda with its long-term relationship with Andretti Autosport.

With only two victories last season, Honda appears to have changed their philosophy and is now sharing much more information among its teams. During the offseason, the Ganassi team switched from Chevy to Honda power, and their engineers methodically went through every part in the Honda aero kit to determine its performance. The results can be seen in the first race of the season at St. Petersburg where not only did a Honda-powered driver win the race, but seven Honda’s finished in the top ten. And in qualifying, three Honda-powered teams made it to the Fast Six Shootout, Ganassi, Schmidt Peterson, and Andretti.

An indication of just how well the Honda teams are working together this season were the radio communications during the St. Pete race asking for courtesy from other Honda-powered drivers not to hold up the Honda-powered leader, Sebastien Bourdais.

“We are always pushing and always trying to improve,” explained James Hinchcliffe, a Honda-powered driver at Schmidt Peterson Motorsports. “Whenever you add good teams and good drivers to the stable, it’s going to elevate everybody. No doubt having Chip Ganassi Racing join the (Honda) stable helps elevate everybody. You’ve got four great drivers and a tremendously successful and resourceful team to kind of help push everybody forward. Huge credit to those guys for everything they have brought to the table. We’re all bearing the fruit from that now. Honda wouldn’t tell us if that’s where it came from; they’d probably just say we figured this out.”

Although both engine manufacturers have limited options for engine development for 2017, Honda certainly seems to have advanced their program. The noticeable improvement can be credited in part to its teams working much closer together. 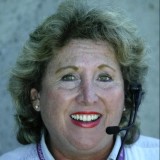